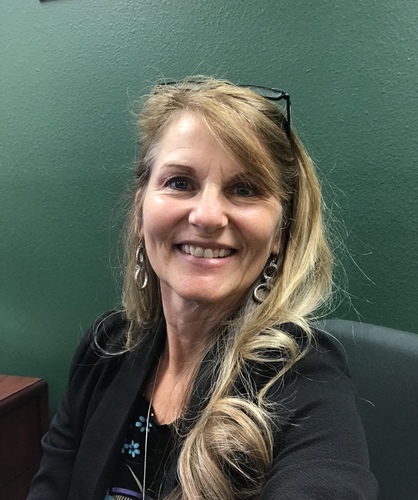 Stephanie began attending Tonasket Free Methodist Church in 1996 as a brand new believer! One year later she and her husband John were baptized at TFMC.  Through various bible studies, women's retreats, conferences and under the tutelage of TFMC pastors she would be the first to admit that TFMC is where she "spirtually grew up".

Since 1996, Stephanie has volunteered at church here in many different capacities such as newsletter editor, nursery director, media producer and more.  In 2011 after selling their business, Stephanie and John joined the SOWER Ministry where they travel and volunteer at different Christian based ministries.  This opened up an opportunity to visit churches all over the United States, to see how they operate, to glean ideas and to appreciate even more the church family here at TFMC.

As Church Administrative Assistant her prayer is to be an asset to our Pastors and congregation in all things office... claiming the verse "I can do all things through Christ who strengthens me", Phil 4:13!

Stephanie has been married to her best friend, John, for 38 years.  They have two grown sons who are married, and two absolutely precious granddaughters.