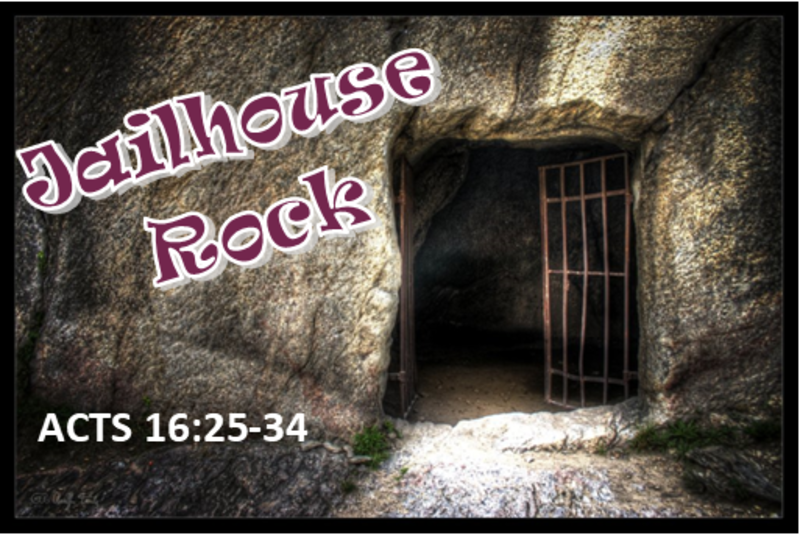 “About midnight Paul and Silas were praying and singing hymns to God, and the other prisoners were listening to them.”

A. They are in jail for proclaiming the gospel and disrupting commerce.

B. They have been beaten, put in stocks, and still they sing God’s praises. Why and how?

C. The prisoners were listening to the beaten inmates praising God. Who is watching you?

2. The jail was suddenly shaken. Verse 26

“Suddenly there was such a violent earthquake that the foundations of the prison were shaken. At once all the prison doors flew open, and everyone’s chains came loose.”

A. All the doors were opened and their chains unfastened. No act of nature. Was this the answer to prayer?

3. This event caused the jailer to attempt suicide. Verse 27

“The jailer woke up, and when he saw the prison doors open, he drew his sword and was about to kill himself because he thought the prisoners had escaped.”

A. The jailer assumed the prisoners had escaped. Acts 12:19

B. Everyone recognized this was not normal.

4. Evangelism begins with a shout. Verse 28

“But Paul shouted, “Don’t harm yourself! We are all here!”

A. This would have been surprising to the jailer… no one escaped!

“The jailer called for lights, rushed in and fell trembling before Paul and Silas. He then brought them out and asked, “Sirs, what must I do to be saved?”

A. Who did the jailer call to turn on the lights?

B. Was his question based on fear or faith? God is working in his life.

“They replied, “Believe in the Lord Jesus, and you will be saved—you and your household.” Then they spoke the word of the Lord to him and to all the others in his house.”

A. Paul and Silas “spoke the word of the Lord” to all present. God doing his part does not relieve us of our part.

B. Paul and Silas’ obedience opened up an opportunity to share with the household.